All the latest updates and insights of FIFA World Cup 2022 Live Streaming Guide Online, How to Watch Todays Match Live? are updated in this article on Webcric.

One of the most significant sports events in the whole world is just going to kickstart in a few hours with Qatar taking against Ecuador in the opener of FIFA 2022. The FIFA World cup takes place once every 4 years, therefore the excitements are also four times more than regular sporting events.

Hence, at Mobilecric, we will guide you on how you can watch FIFA World Cup 2022 Live online. 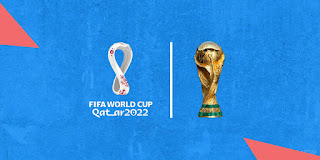 Fox Sports will let you watch a live stream of FIFA 2022 in the US, and the Android and iOS Apple App of Fox will need a subscription to watch it online.
A fubo tv is also a good option if you have a few bucks to spend on watching of your favorite sports live stream.

Where to watch World Cup on TV in the USA

The 2022 World Cup will be televised in the United States in English by Fox Sports and in Spanish by Telemundo.

The 2022 FIFA World Cup, which kicks off on Nov. 20 in Qatar, will be broadcast in the United States in English by Fox.

Fox will spread the matches across its family of channels, including FS1 and FS2. While most of the channel designations are set, Fox does have the ability to switch its assignments around, particularly for the final round of group stage fixtures depending on which matches carry the most importance for knockout stage places.

Telemundo's studio coverage will be manned chiefly by Miguel Gurwitz, Ana Jurka, Carlota Vizmanos, and Carlos Hermosillo, plus analysis throughout the tournament from the likes of Diego Forlan, Miguel Herrera, Tab Ramos, Carlos Tenorio, Claudio Borghi, Fernando Hierro, and a host of other experienced names.

How to live stream World Cup online in USA

Catching the 2022 World Cup matches live via streaming is possible in the United States across a number of platforms.

All channels broadcasting the 2022 FIFA World Cup in the United States, in both English and Spanish, are available to stream via fuboTV.

Additionally, fuboTV carries 24-hour sports wagering network SportsGrid, which features Sporting News guests and experts across its programming throughout each and every week.

With all World Cup matches being shown in English on Fox, FS1, and FS2 in the United States, Fox will also make the matches available on the company's streaming outlets, with a viable login.

The Fox Sports app will be an option for all those with a viable cable login, while the same can be said for FoxSports.com.